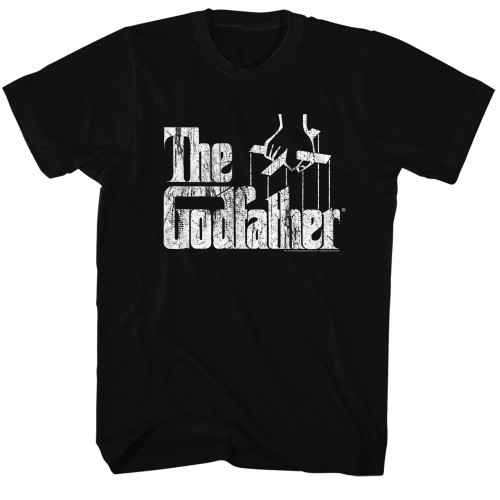 This shirt is sure to start conversations with other movie buffs. This licensed Godfather Logo shirt features a distressed print of the classic movie logo. The Godfather is widely considered one of the greatest American movies ever produced. The American Film Institute named The Godfather the second best movie of all time, behind only Citizen Kane. The 1972 film was directed by Francis Ford Coppola and based on Mario Puzo's 1969 novel of the same name. This is a great shirt for movie buffs and fans of movie greats Marlon Brando and Al Pacino.  But what really make this shirt special is the iconic movie logo!  The hands represent the "Godfather" who is the head of the Mafia that controls the police, the politicians, and  the judges just as a puppeteer controls his puppet.