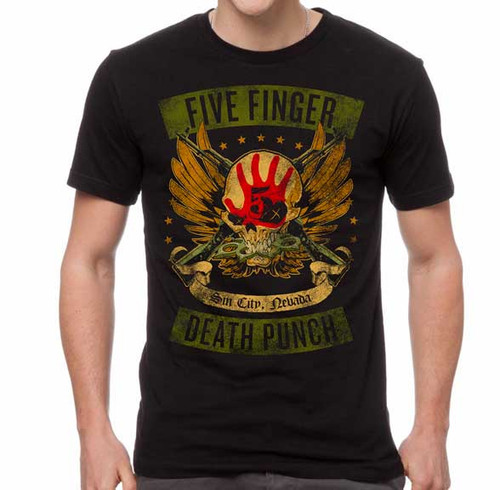 Formed in Las Vegas, Nevada in 2005; Five Finger Death Punch is a heavy metal band named after a move made famous by Kung Fu Cinema. The Bleeding is the initial song that got this band onto the radio and they have followed that up with other hits such as The Way of the First and Wrong Side of Heaven.

Darth Vader My Death Star or Yours T-Shirt