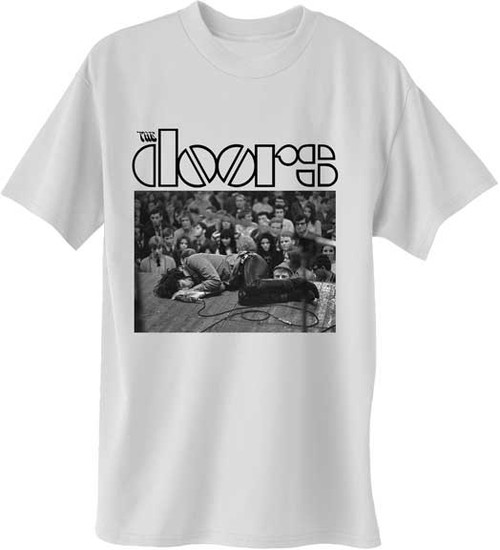 Where a shirt iwith one of the most iconic phots in the history of Rock! The Doors were an innovative and controversial band. They experimented with drugs, and the result is some incredible music and the premature death of lead singer Jim Morrison in 1971. This 100% cotton tee shows Mr Mojo Rising crashed on a stage in Frankfurt Germany in September 1968 during the band's Waiting For The Sun tour.

Did you know the band took its name from a William Blake quotation which appeared in his famous work The Marriage of Heaven and Hell: "If the doors of perception were cleansed, everything would appear to man as it is: infinite." Although the band had a short career (ending in 1973) they were major contributors to rock music. Show your love with this iconic tee.
Fabric Details
Ships in 24 hours, Arrives in 2 to 5 Days
Product Code:
DOORS002
LOC:
PP17
Trustpilot

The Doors Waiting for the Sun T-Shirt*