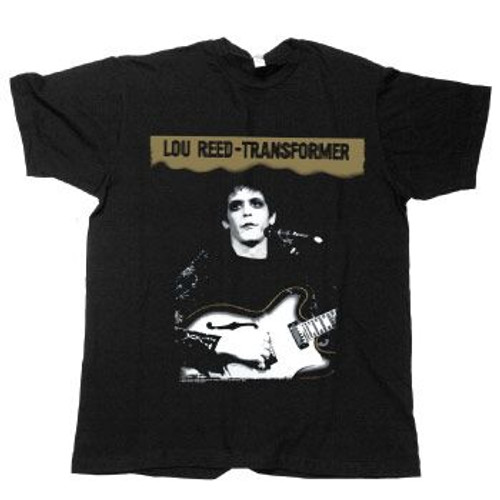 This licensed Lou Reed Transformer T-shirt features the iconic album art from his 1972 solo album. Lou Reed had recently left Velvet Underground to start his solo career. The album was produced by David Bowie and Mick Ronson. The album featured the international hit: ""Walk on The Wildside."" The art is from a photograph taken by the famous British rock photographer, Mick Rock. The photo was accidentally overexposed in the darkroom, but Rock decided he liked the effect and submitted the image for the album cover.

Transformers Optimus Prime is Back T-Shirt