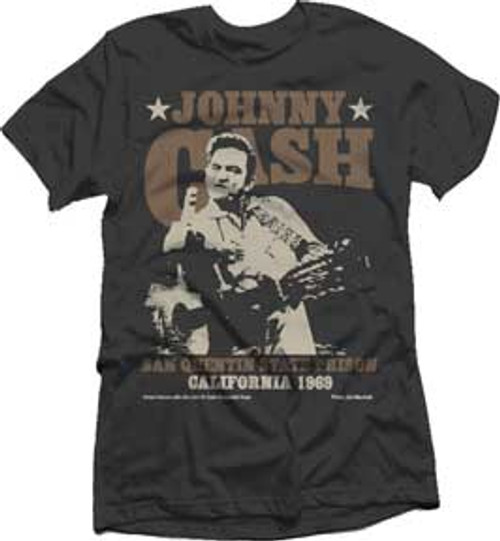 This officially licensed Johnny Cash t-shirt has a graphic from a photo by the famous photographer, Jim Marshall. The photo shows Johnny sticking his middle finger up.  It is produced by Jim Marshall Clothing.  Live at Folsom State was Johnny Cash's 31st album, it was recorded live at the State prison on February 24, 1969 and released on June 4 of that year. A concert film was also released.
Fabric Details
Product Code:
JCASH004
LOC:
X5
Trustpilot

I Wish You Were Tacos Shirt