Trustpilot
More Reviews
$40.00 $33.95
(You save $6.05)
You can split your order into 4 easy payments with no added fees by selecting Klarna during checkout.
Write a Review 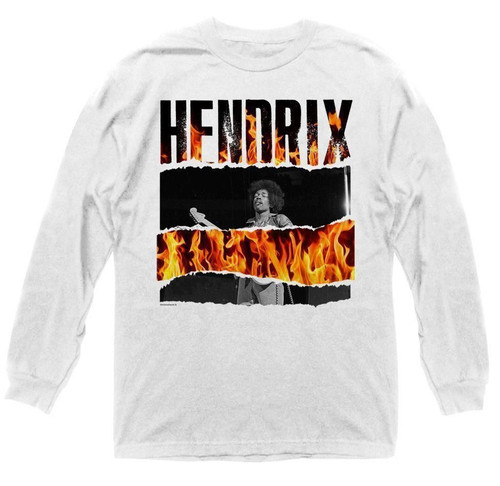 This officially licensed Jimi Hendrix 'Fire" long sleeve shirt commemorates Jimi Hendrix's "Fire"; a song he recorded with  The Jimi Hendrix Experience in 1967.  Also, in 1967. Jimi performed at the Monterey International Pop Festival with one of the most iconic performances in the history of rock music.  On that day, Hendrix employed epic volumes levels and created monumental amounts of feedback. After his performance of “Wild Thing” Hendrix poured lighter fluid over his black Fender Stratocaster guitar and set it on fire, making rock and roll history.
Fabric Details