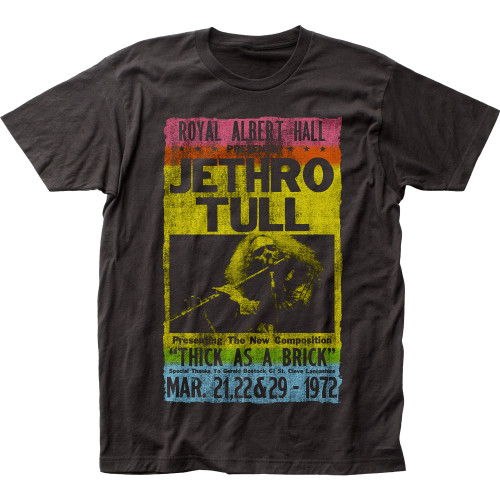 This licensed Jethro Tull shirt celebrates their 1972 performances at the Royal Albert Hall. The shirt uses a distressed multicolored graphic from the original concert poster. The concert featured a performance of "Thick as A Brick".  The album was a continuous piece of music and a parody of the concept album genre. It claimed to be an adaptation of a poem by fictional eight-year-old genius, Gerald Bostock.

AC/DC About To Rock Tie Dye T-shirt App Only