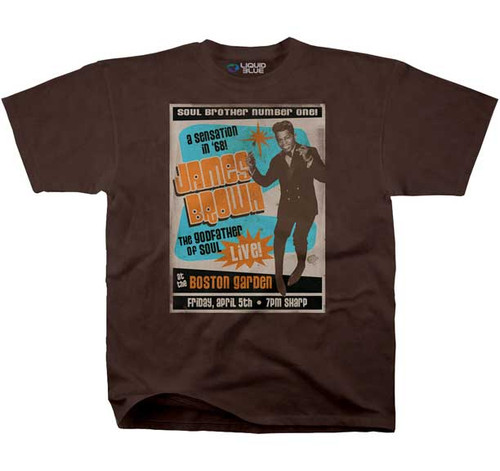 This James Brown T-shirt commemorates Mr. Brown's concert on April 5th 1968.  The graphic is identical to the concert poster with the title, "NUMBER ONE SOUL BROTHER."  The concert was performed on the night after the day Martin Luther King was assassinated in Memphis. Cities across America were experiencing violent unrest and President Lyndon Johnson declared a state-of-emergency. The mayor of Boston was planning to cancel the concert, but James Brown convinced him not to.  On the night of April 5, 1968, James Brown kept the peace in Boston by the sheer force of his music and personal charisma.