Trustpilot
More Reviews
$27.00 $22.95
(You save $4.05)
You can split your order into 4 easy payments with no added fees by selecting Klarna during checkout.
Write a Review 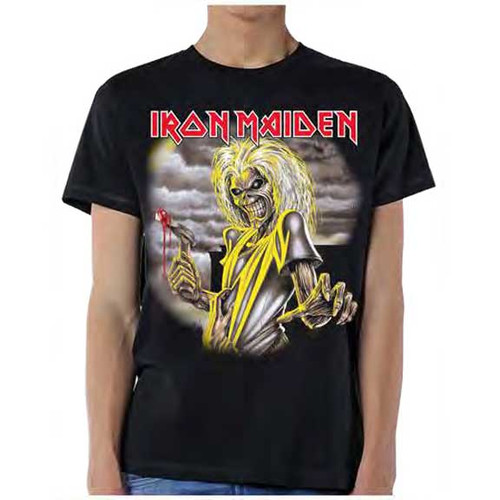 It's Eddy! Every one knows who Eddie is. He is "Eddie the Head', Iron Maiden's delightful and fun zombie mascot.  He has been on the cover of every one of the band's studio album covers.  This officially licensed Iron Maiden t-shirt commemorates Iron Maiden's Killers album released in 1981.