Trustpilot
More Reviews
$30.00 $26.95
(You save $3.05)
You can split your order into 4 easy payments with no added fees by selecting Klarna during checkout.
Write a Review 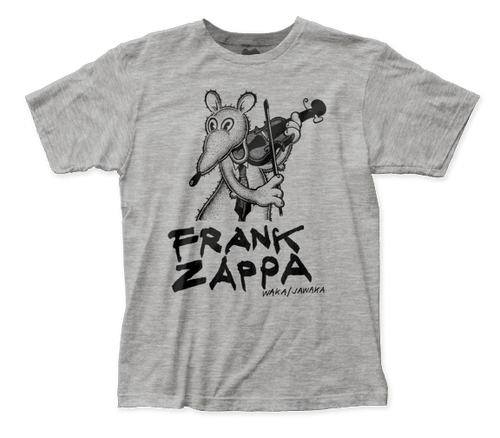 This is an officially licensed Frank Zappa t-shirt is another great tee for Zappa fans!  Waka Jawaka — Hot Rats is the fourth solo album from Frank. This 1972 album is the jazz-influenced precursor to The Grand Wizard, (November 1972), and a sequel to 1969's  Hot Rats.  Zappa said that title is something that showed up on a Ouija board at one time.

Frank Zappa on the Krappa T-Shirt