Trustpilot
More Reviews
$31.00 $22.95
(You save $8.05)
You can split your order into 4 easy payments with no added fees by selecting Klarna during checkout.
Write a Review 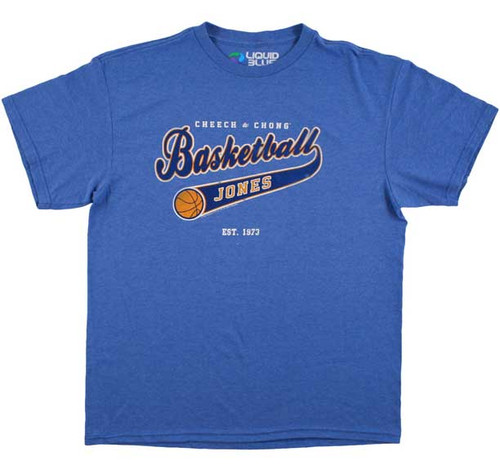 This licensed Cheech & Chong Basketball Jones T-shirt commemorates the duo's 1973 comic song.  The song, "Basketball Jones featuring Tyrone Shoelaces" appeared on their 1973 album 'Los Cochinos'  It is sung in high falsetto by Cheech, who is playing the character of Tyrone (as in "tie-your-own") Shoelaces, and it tells the story of Shoelaces' love of basketball.  Several famous musician perform on the song, including; George Harrison, Billy Preston, Carole King and Michelle Phillips.  The print on this shirt is done to look like embriodery.