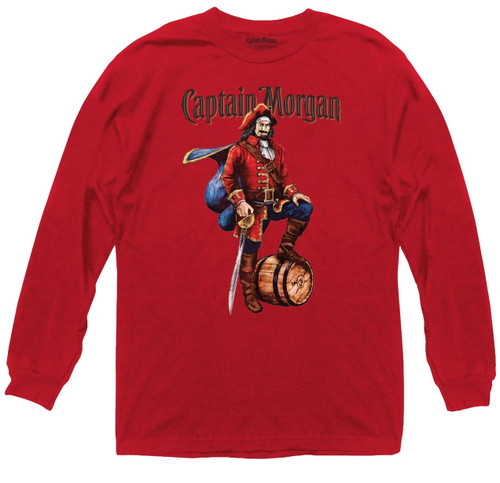 This officially, licensed Captain Morgan Rum long sleeve t-shirt features the Captain in his classic stance with one leg up upon a rum barrel.  The Captain Morgan character is loosely based on 1600's real-life pirate,Henry Morgan.  Morgan was a native of Wales, who became famous as a Buccaneer, defending British interests in the Caribbean.