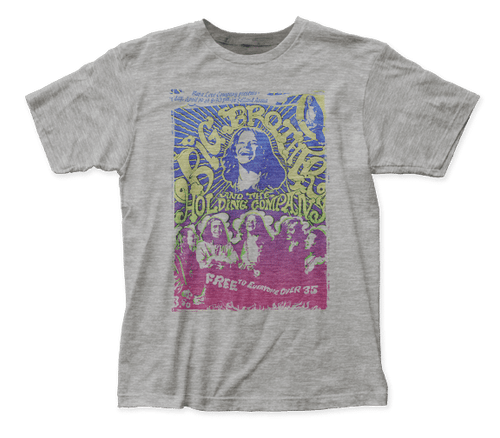 This licensed Big Brother & The Holding Company tee features a screen print reproduction of a concert handbill from the band's 1968 show at Selland Arena (Fresno).  Janis Joplin appears three times on the t-shirt and handbill, You can see Janis in the center, on the bottom with the other band members. and in the upper right corner, where she is perched like a singing bird. Big Brother & the Holding Co. formed in San Francisco in 1965 and were a major  part of the psychedelic music scene that also produced the Grateful Dead and Jefferson Airplane.