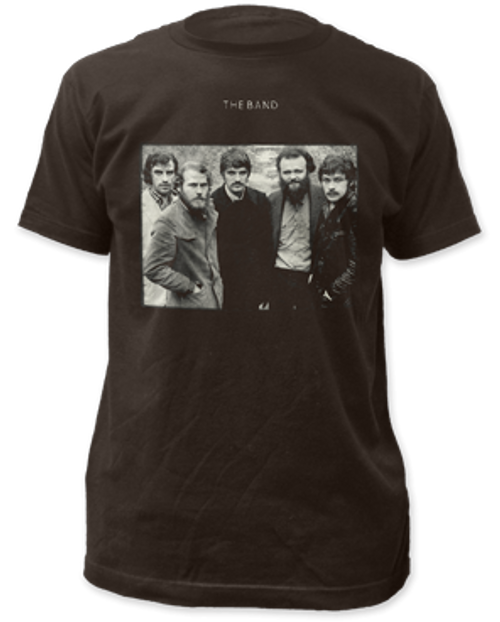 This licensed The Band t-shirt features the photograph of the five members of The Band as they appeared on the cover of their self-titled 1969 album. The album is commonly know as the Brown Album. This is an excellent t-shirt for true fans of one of the most talented and influential bands in the history of modern music.  Pictured on the shirt are Garth Hudson, Levon Helm, Richard Manual, Rick Danko and Robbie Robertson. This is a soft high thread count tee.