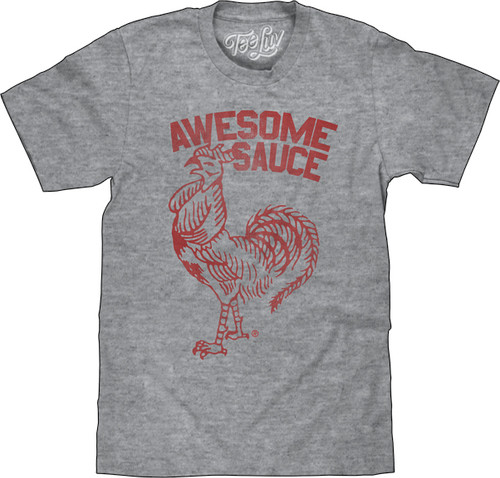 Are you HOT enough for this shirt? This AWESOME sauce is known for being one the hottest sauces with a slogan "Too Hot For You." This sauce was originally named after an area of Thailand called Si Racha.