Trustpilot
More Reviews
$26.00 $19.95
(You save $6.05)
You can split your order into 4 easy payments with no added fees by selecting Klarna during checkout.
Write a Review 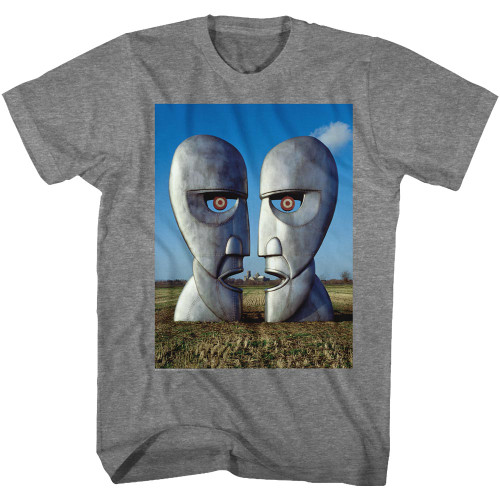 This licensed Pink Floyd t-shirt features the album art from the band's 14th studio album: The Division Bell.  The album was released March of 1994 and written mostly by guitarist and singer David Gilmour.  The famous graphic designer, Storm Thorgerson, created the album artwork. He built two large metal heads. He positioned the sculptures close together and photographed them to give an illusion they were talking to each other and also presented the viewer with a third face. Storm Thorgerson also created the Dark side of the Moon album art, that has been called one of the greatest album covers of all time.

Pink Floyd Side to Side T-Shirt*