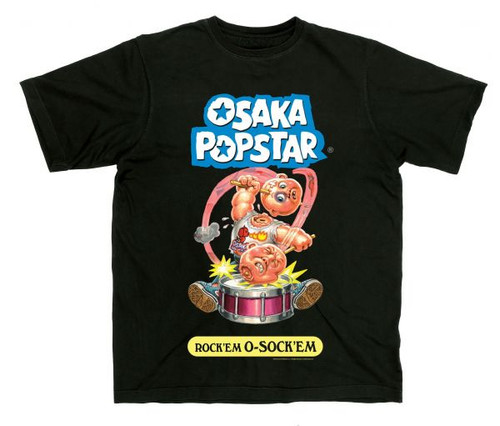 This Punk Rock supergroup, made up of members from the Misfits, Ramones, Black Flag and Smithereens, was formed in 2006 with John Cafiero as it's frontman. In 2008, they worked with The Topps Company to create a Garbage Pail Kids inspired logo that they included as a sticker in their self-titled album.

I'd Tap That T-Shirt*