Trustpilot
More Reviews
$29.00 $26.95
(You save $2.05)
You can split your order into 4 easy payments with no added fees by selecting Klarna during checkout.
Write a Review 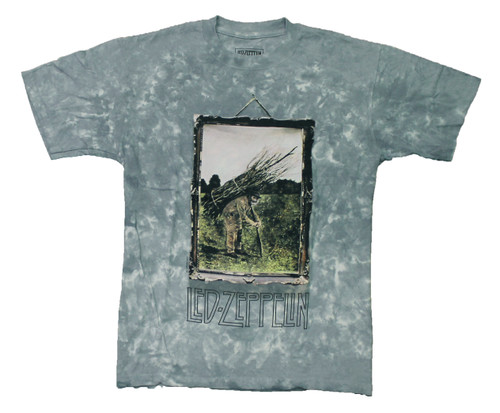 This licensed Led Zeppelin shirt commemorates the band's 4th studio album. The band's untitled fourth studio album is commonly known as Led Zeppelin IV, but also called Ruins or ZoSo.  True Zeppelin fans will instantly recognize the album art  from Led Zeppelin's best-selling 1971 album that sold 37 million copies worldwide.  The front of the tee features the man with sticks and back feature the symbols that correspond with each of the 4 members on the band.
Fabric Details