Trustpilot
More Reviews
$28.00 $23.95
(You save $4.05)
You can split your order into 4 easy payments with no added fees by selecting Klarna during checkout.
Write a Review 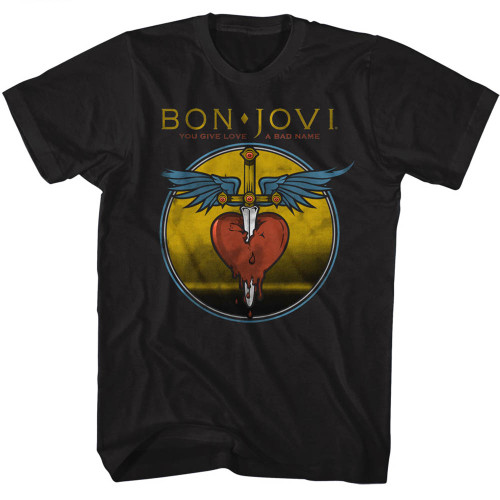 This licensed Bon Jovi tee shirt features the Bon Jovi “Heart and Dagger” Logo with the title "You Give Love A Bad Name." The “heart and dagger” Bon Jovi logo is widely regarded as one of the most recognizable logos in rock 'n roll.  The logo features a dagger with wings, stabbing down on a red heart, with the band’s name at the top.  Bon Jovi is a hugely popular American rock band formed in 1983 in Sayreville, New Jersey.