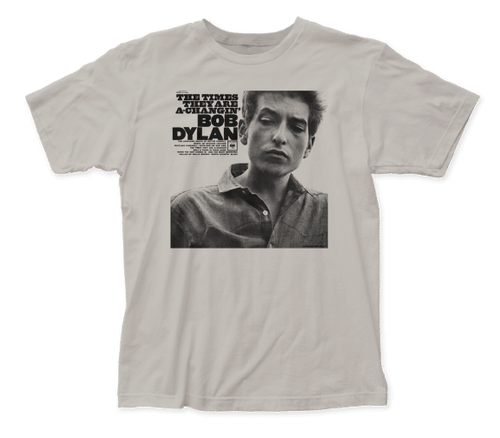 Dylan The Times They are a Changin' Album Art T-Shirt

This licensed Bob Dylan tee features the album cover art from Dylan's 1964 album on Columbia Records. The graphic is identical to the album cover, including a list of all the songs that appeared on the album.
This was his first album to feature all original material. The album dealt with racism, poverty, social change and political upheaval in the 1960's. The issues that a still center stage in America of 2020.
Fabric Details

AC/DC About To Rock Tie Dye T-shirt App Only

Shark In The Moonlight Shirt App Only

Have a Beer Socks